On the needle week 2

This week was one of those weeks that zoomed by, but at the same time it took so long to get to Friday. One more week of work and then it will be time to play with my new camera.
On to the subject of the post. What I have on my needles has not changed much this week. I do have pictures this time, so that will make a more enjoyable post. 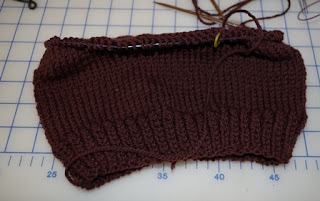 The first item is the cap for soldiers that I got about half way done. 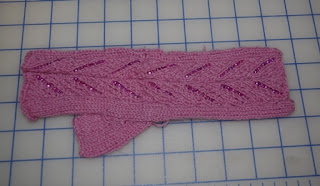 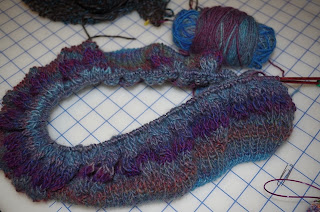 The next thing that I have on the needles but have not worked on for a couple of weeks is a shrug that I hope to finish before next weekend. The yarn is amazing by Lion Brand, its very pretty but not sure if I like working with it. I hope I have enough yarn. I am already on the second ball and I have not gotten any further than about 4". The pattern is also on ravelry, its called 'mockingbird shrug'. 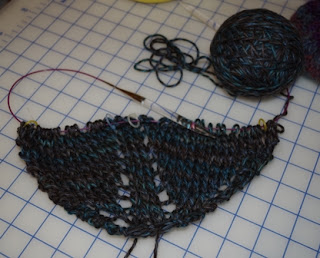 The other project that I mentioned last week that are also sitting for me to pick up again, is a shawl called 'easy knit shawl'. 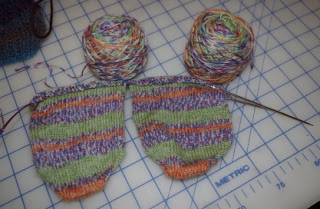 And the last is a pair of socks that I am doing for my daughter. This is the first time I 've done them two at a time and I can say that I like doing it this way. Don't have to worry about if the second sock will be the same size and the stripes will match. Just have to turn the heel and add a small ribbing cuff on the top. So those will be done. Thanks for looking and I hope everyone if able to doing alot of knitting and some quilting this weekend. Stop over to Judy's patchwork times blog and see some other knitting projects that others' are doing in blog land.
Posted by Cheryl M. at 9:30 AM 2 comments:

Labels: knitting, on the needle

On the needle week 1

I so enjoy looking at all the inspirations that I get from Judy's 'On the needle fridays' that I thought I would join in. Maybe it will help me to get my knitting project done and not start a new one before the last knitted project is finished. At the present time I have 5 projects started. The only picture that I have is the caps of soldiers. I just start it a couple of days ago. 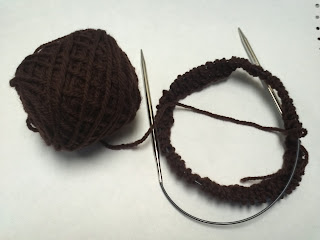 The other projects are fingerless gloves that is a gift, so no picture till given, a pair of plain jane socks for my daughter, a shrug that I really hope will turn out, and a shawl. Hopefully I will finish one of them this weekend and have a picture for you next week.
Thanks for stopping by have a great weekend.
﻿
Posted by Cheryl M. at 9:50 AM No comments:

Labels: knitting, on the needle 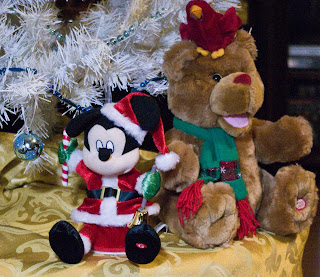 Well a new year to start fresh, hello 2013. I hope to make it a learning experience with an old hobby that will be a new hobby this year. Thirty years ago, before kids, work and quilting or sewing, I enjoyed taking photos with a couple of 35mm cameras that I owned. I have shoot bald eagles, wild flowers and volcanoes in Alaska to Hawaiian rainbows and night stars. Pretty much when the kids started to come along, experimenting and developing 35mm film became an expense that went to the way side. Well I decided to take the plunge and get a DSLR this Christmas. I really didn't think that I would have to much problems, since I used to play with special effects on the 35mm, it should be like riding a bike. LOL. The realm of having to think of all three aspects of taking a picture for the past week, as opened my eyes that its' not like riding a bike, more like learning to climbing a mountain. One step at a time.
So one of my goals this year is to post more often on the blog. Making new friends in online. Posting pictures of different things as I learn how to use my new toy. Hopefully at least once a week, maybe two or three times I will post a picture and what I have learned about it.
I have only had the camera a couple of weeks, I was really hoping for some great photos of my grand kids at Christmas opening presents, but several of them came out blurry. One thing that I learned is don't assume that auto with a DSLR means that the camera thinks for you and you don't have to think, like a point and shoot camera. I could not figure out why the shutter speed was so slow, till a couple of days later and the aspect of understanding the three elements of a taking DSLR pictures made me realize that the learning curve just got a little bit steeper for me. With a 35mm film camera, you set the film speed to the speed of the film that you placed in the camera, set the needle of the aperture so that it meters in the middle and focus the picture. Pretty simple after you do it a few times. But with the DSLR you can manipulate the shutter speed, aperture, and ISO to get the shot in almost any lighting condition. Pretty exciting to me, I'm looking forward to seeing what I can learn and even see how I can incorporate it into my quilting.
Anyway out of about 300 photos that I have taken, 90% of them I have deleted in trying to learn the camera. A good thing I didn't have to develop the film. Don't you love the digital world. Click, delete and try again. Of the handful pictures that I have kept, looking forward to a the new year, new week and new hobby. Enjoy.